What Happened in Asia

Report was prepared by Prof. Yu-Shen Cheng from the Department of Chemical and Materials Engineering, National Yunlin University of Science and Technology, Taiwan.


In 1950, the US FDA officially approved the addition of antibiotics to animal feed for disease prevention and growth promotion, and more than 50% of the antibiotics produced in the world are used in animal production. Consequently, some of the antibiotics are discharged into the water and soil environment during animal production. However, the unrestrained use of antibiotics for decades has brought many problems, such as the residue and enrichment of antibiotics in the environment and the emergence of drug-resistant bacteria. Animal drugs are ultimately fed back to humans. Therefore, whether it is from the perspective of infection control or human food safety, consumers are eager to buy green and safe food, and the concept of n AGPs-free animal production has emerged.

In 2006, the European Union (EU) took the lead in banning the use of antibiotics and growth promoters (AGPs), which has become a global trend in recent years. "AGP-free animal production" is now actively promoted with aiming to strengthen the immunity system of livestock through measures such as animal diet and nutritional formula adjustments, to achieve the purpose of disease prevention (reduction of deaths) and increase of production (increasing the feed conversion rate). The functional additives used in animal feed are regarded as effective substitutes that can play the role of animal nutrition and health care and replace the use of antibiotics. Among them, microbial agents (probiotics and probiotics) and plant additives (phytobiotics and Chinese herbal medicine) are currently the products with the most niche-developing and export potential for Taiwan. 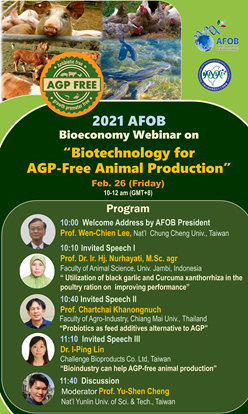 Figure 1. The program of webinar. This webinar was initialized and chaired by the AFOB president, Professor Wen-Chien Lee from National Chung-Cheng University and the president of Challenge Bioproducts Co., Ltd., Mr. Ching-Kuan Lin. It was facilitated by Prof. Yu-Shen Cheng from National Yunlin University of Science and Technology. Three speakers are invited from Taiwan, Indonesia, and Thailand. Approximately 120 people registered online participants and audiences and asked questions via instant voice or chat box. The meeting was monitored and moderated by Professor Yu-Shen Cheng and Dr. Irene Lin. Figure 1 is the program of the webinar. The webinar began with the opening remarks of the chairman, Professor Wen-Chien Lee, who described the purpose of the webinar and introduced the international speakers and onsite guests (Fig. 2). He observes that the development of "AGP-Free animal production" is the trend, but there are very different challenges in the various aspects that require close cooperation between industry and academia in the formation of coalitions to solve. 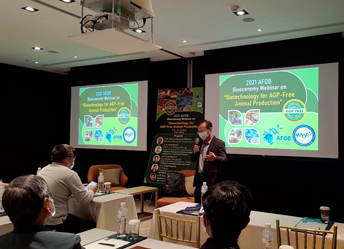 Figure 2. The opening remark presented by
the AFOB president, Prof. Wen-Chien Lee who is also
the chair of this webinar. Prof. Dr. Ir. Hj. Nurhayati from the University of Jambi, Indonesia, spoke about utilizing black garlic and Curcuma xanthorrhiza in the poultry ration on improving performance. Based on her research, the application of natural herbs as feed additives has many attractive advantages, but the cost should be considered when extensive scale application is exerted. Prof. Chartchai Khanongnuch from Chiang Mai University, Thailand, presented the "Probiotics as feed additives alternative to AGP." In his opinion, probiotics can improve the gut health of farmed animals and therefore increase the "Feed conversion rate" and gradually achieve "AGP-free" production. A question was raised by an online audience who asked about the possible effect of interactions between feed and probiotics on the quality of animal meat. 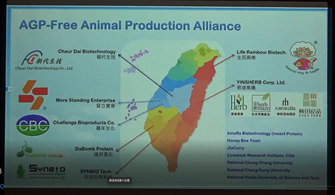 Figure 3. The proposed AGP-Free animal production
alliance in Taiwan. The onsite audiences excitingly discussed this question. An idea was discussed to apply metabolomics to interpret the possible correlations between feed and probiotics on some well-known high-quality farmed animals. Dr. Irene Lin presented the current development of AGP-free animal production in Taiwan. She proposed an AGP-free animal production alliance that links the major industrial players in the field (Fig. 3). After the invited speaking, there was a forum in which all the online attendees and onsite participants could raise their comments or questions for discussion. 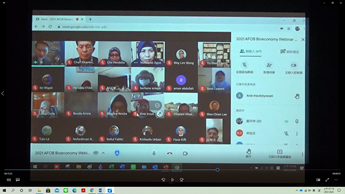 Figure 4. Open discussion after invited speaking. Besides the inquiries related to research and product development, there was heated discussion over the policy, regulations, and market development regarding the AGP-Free animal production. (Fig. 4).

Figure 5. The distribution of online registers. The webinar was very successful, with more than 100 participants from many different countries, including Taiwan, United Kingdom, Korea, Indonesia, Thailand, Philippines, Vietnam, Malaysia, India, and Bangladesh (Fig. 5). 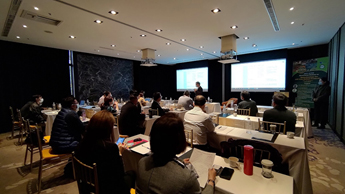 Figure 6. On-site participants and the formation of
industry-academia alliance. Besides, 27 onsite Taiwanese participants were attended, including owners and managers from industry, specialists from the government research unit, and scholars from academia. Onsite participants also had the opportunity to present their research or products and discuss possible collaborations with others (Fig 6). As a result, an industry-academia alliance was formed, and more activities and collaborations will be conducted to promote AGP-Free animal production.